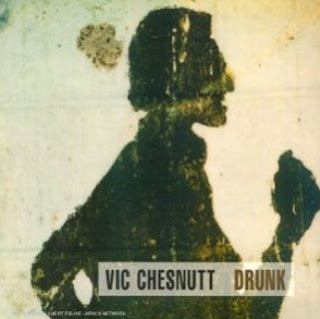 Vic Chesnutt, a paraplegic who was injured in a car accident when he was 18. The singer/songwriter began playing contemporary acoustic folk around Athens, GA soon after his injury. A show at the 40 Watt Club brought him to the attention of Michael Stipe, who helped with production on 1990's Little and 1991's West of Rome, both on Texas Hotel Records.Has had all sorts of drug/drink/mental health problems and admittedly some of this has come through in his writing throughout his career especially in the album "Drunk" when he was exactly that when he made it.But often his songs are very witty too and quite dark at the same time.
On his third, and maybe most conceptually complete, album "Drunk", Vic Chesnutt emerges as that rare kind of artist who can see right into the living room of small-town America."One of Many" is a bleak tale of murder and execution that finds Chesnutt truly at the top of his game lyrically and melodically.


you're only one of many
of small account if any
you think about yourself too much
this touch the child with the quick touch
and worked his mind to such a pitch,
he threw his fellows in a ditch
this little child who was so mild is grown too wild

"murder in the first degree," cried old fury
recording the verdict of the jury
now we come to the execution tree
the gallows stand wide on me
"Christ died for sinners," explained the prison chaplain
from his miscellany
weeping bitterly,
the little child cried," I die one of many"