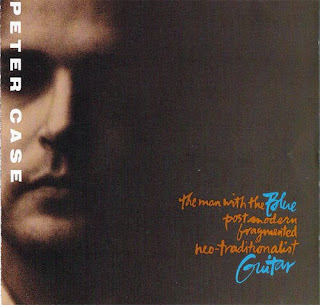 After his tenure in the proto- power pop band the Nerves and following the dissolution of his early-'80s Los Angeles rock & roll band the Plimsouls, Peter Case launched a career as an influential American singer/songwriter specializing in finger-picked acoustic guitar and redemptive story-songs about society's outcasts and drifters, delivered in a uniquely soulful, folk-rock style. Case's secret weapon is his powerhouse voice; combined with his imaginative and visionary songwriting and his ability to blow real harmonica licks, he's well-respected among his peers and a perennial favorite among serious listeners. By the turn of the century, longevity was working in his favor as he continued to set the bar for contemporary singer/songwriter music.
Case debuted with Peter Case in 1986. The self-titled album was a collection of what Case called "tribal folk," produced by T-Bone Burnett and including collaborations with Burnett, Case's first wife, Victoria Williams, and musicians like John Hiatt and Roger McGuinn sitting in. Case was among the handful of rockers who had honed his acoustic songs in clubs, helping to launch the so-called "unplugged" movement and later, the singer/songwriter explosion of the '90s. In 1989, he released The Man With the Blue Post-Modern Fragmented Neo-Traditionalist Guitar, again with the assistance of choice musicians like David Hidalgo, Ry Cooder, and Benmont Tench. In a 1989 Rolling Stone interview, Bruce Springsteen cited Case as the songwriter he was listening to most at the time. This is one of my favourite-albums.Beautiful "Two Angels" is my favorite Case song.The song, the lyrics, the vocals, the production, everything makes this one of the best songs ever recorded.