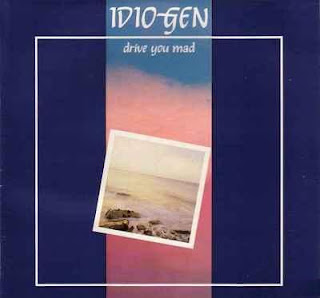 Andrea F. was born on a 16th November just before the dawning of the 70's in Capodistria (Koper), Slovenia, back then still part of the unfortunate & unsustainable experiment that was former Yugoslavia (btw, in London, England, the Jimi Hendrix Experience was announcing their break up...connections among the two events are currently still being investigated by scientists and music scholars, including Andrea F himself, always eager to irrationally plunge into anything even remotely connected to Hendrix and his beautiful music).
Childhood & schooling years in Ghana, Africa, from where he and his family extensively toured the African continent, later returning to Europe and dividing his concept of "home" between Italy and Slovenia.

Music hit him on the head around the age of nine, first causing him to often rob the piggy bank in favour of Pink Floyd and several others, then inducing him to trick his unwary parents into buying him a guitar. An electric one, mind you.

But it was a German haphazard compilation LP named "The Best Of Jimi Hendrix" that did the trick once and for all. Although extremely poorly recorded & compiled (to the point that due to some weird disc cutting malpractice the guitar intro to "Purple Haze" was accidentaly repeated three times before the actual song started - obviously causing him to learn it and play it that way!), this record twisted Andrea F's life into the direction that has now brought him here on this page with you.

Did he take guitar classes? Yes, but not classical guitar, in a regular music school: the oh-so-open-minded local music schools decreed he was “too old” to start at the age of 10 (wtf?????) so it was a year of weird private tuition to get to grips with the electric guitar.

In 1982 he started his own band, IDIOGEN, rehearsed like maniacs, gigged, recorded two now collector's items vinyl albums and one mini LP (“Idiogen”, “Burning”, and “Drive You Mad”), released and distributed not only all over former Yugoslavia but also in Italy, the UK and the US, collaborating with cult labels such as Slovenija Records (Yugoslavia’s FIRST true indie label, masterminded by eccentric mogul and patron Boris Furlan “Primitivc”), Rough Trade Records of London, Toast Records of Torino, Supporti Fonografici of Milan.
Second Idiogen album "Drive you mad" was recorded and mixed at Slovenia Studio, Koper in November 1986, April & July 1987. Songs "Can you see" & "Fall" were recorded live in studio onto a two-track stereo master, without additionals overdubs or remixing. Album was produced by Drago Hrvatin. Band memebers were: Drago Hrvatin (bass), Andrea Flego (vocal, guitars) and Max Felix (drums)."Song" is an eerie love song that is creepy, bordering on uncomfortable with beautifully bombastic parts.

Can you be so kind and reup this one,please?
Many thanks