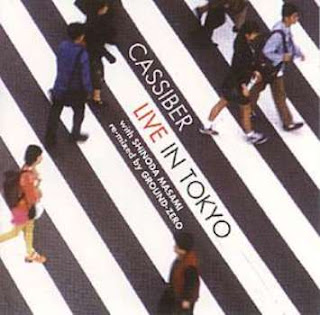 Cassiber's music was a blend of speed-punk, free jazz and sampling which incorporated found sounds and news broadcasts. They were best known for the "frantic intensity" of their live performances. A Time Out critic wrote, "Cassiber play as if they only have a minute left to live." They were also noted for their style of playing, which was to "improvise 'completed pieces'". According to Chris Cutler, Cassiber took their name from a Slavonic slang word for a note or message smuggled out of prison. "Like 'The Beatles', we spelled it differently and it wasn't intended to 'mean' anything."For the two-CD set Live in Tokyo, Chris Cutler's record label ReR Megacorp put together an interesting farewell concept. Disc one presents a concert by Cassiber recorded in Tokyo on October 23, 1992. It was the trio's first and only visit to the Land of the Rising Sun and turned out to be one of its last performances; after a couple more shows, two months later, the group put an end to its 10-year existence. For this evening, Christoph Anders (vocals, sampler), Heiner Goebbels (keyboards, sampler) and Cutler (drums) had invited saxophonist Shinoda Masami to join them — he died a few weeks later. On disc two, Otomo Yoshihide sampled, treated, added, remixed, and recomposed the tapes of the show with the help of his usual Ground-Zero colleagues, plus members of Hoahio. He decided to release the project under the name Ground-Zero, thus making it the final completed album (chronologically) from this seminal avant-garde group. As necrological as it may sound, Live in Tokyo is very alive. The Cassiber performance captures the group in peak form. Here is two fantastic songs, weird and full of emotions.