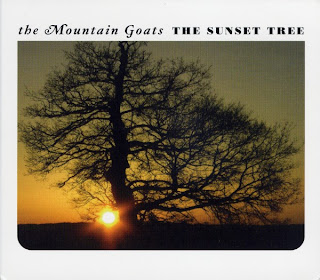 The Mountain Goats are one of the more unusual bands to find shelter under the ever-expanding umbrella term of indie rock. Hyper-prolific and militantly lo-fi, there are over a hundred Mountain Goats songs scattered across compilations and label samplers, most of them recorded (by choice) on a department-store boom box. Although many musicians have contributed to Mountain Goats releases, by far the person most identified with the outfit is singer/guitarist John Darnielle. (In fact, many Mountain Goats tracks feature only Darnielle's nasal bleat and his primitive yet frenzied acoustic guitar.) Taking the name from the Screamin' Jay Hawkins song "Big Yellow Coat," Darnielle donned the Mountain Goats moniker in 1991 while working as a nurse in a California State hospital and began releasing cassette-only albums for the Shrimper label. Despite attracting a devoted underground following (or, possibly, because of it) the Mountain Goats continued to release songs in cassette form only for many years, using tape hiss as, virtually, an additional instrument.Lyrics are also essential with the Mountain Goats. Highly literate and full of metaphor, many of Darnielle's songs fit together to form a larger narrative than they would alone."The Sunset Tree" is John Darnielle's third album for 4AD. "Lion's Teeth" are achingly beautiful.This song are heart in your throat memorable.The emotion and nuance comes through so strongly.Simplistic, sweetly melodic and some of the most jarring, beautiful lyrics ever.


the king of the jungle
was asleep in his car.
when your chances fall in your lap like that,
you gotta recognize them for what they really are.

nobody in this house wants to own up to the truth.
I crawl in shotgun and reach into his mouth
and grab hold of one long, sharp tooth
and hold on.
for dear life, I hold on.

well of course he wakes up.
his paw hits the horn.
I am going to regret
the day that I was born.

and then mom
rushes out to the driveway
my sister too
everyone screaming,
I am dreaming of you.
I hold on.
for dear life, I hold on.

and my arms get sore.
and my palms start to sweat.
and the tears roll down my face,
till my cheeks are hot and red and soaking wet.

in come the cops
they blow torch the doors.
I start wailing.
the lion roars.
there's no good way to end this.
anyone can see
there's this great big you,
and little old me.
and we hold on.
for dear life, we hold on.
we hold on 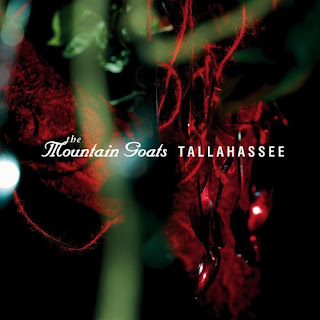 On Tallahassee, the Mountain Goats' 4AD debut, John Darnielle strips his music of the tape hiss that surrounded his previous work like a security blanket made of static, opting for a clean sound that emphasizes the album's sometimes stinging, sometimes sublimely beautiful words and melodies — call it spite and polish. Though the lo-fi soulfulness that gave his songs an extra, homemade charm before is missed, it wouldn't have fit the ambitious tale he sets out to tell here: the album revolves around a troubled husband and wife who move to Tallahassee to run away from themselves and, ultimately, drink themselves to death. Darnielle has written about this couple before, but Tallahassee takes their relationship — and his songwriting — to a new level of vulnerability and intensity. Even among albums chronicling difficult and dying relationships, such as Blood on the Tracks, Shoot Out the Lights, and, more recently, Sea Change, Tallahassee takes a unique approach. Far from being morose or wallowing in sorrow, the album celebrates both the peaks and the valleys of a turbulent relationship; it's less like an autopsy of a love affair than an affectionate, occasionally drunken and rowdy, wake for it. Being such a conceptual album, the lyrics carry much of Tallahassee's weight. The album is literary as well as literate; songs like the aforementioned "No Children," which appropriately enough sounds like a cross between a sea shanty and a drinking song, conjure up visions of F. Scott and Zelda Fitzgerald crashing a party hosted by Tennessee Williams.

Who knows where to download XRumer 5.0 Palladium?
Help, please. All recommend this program to effectively advertise on the Internet, this is the best program!