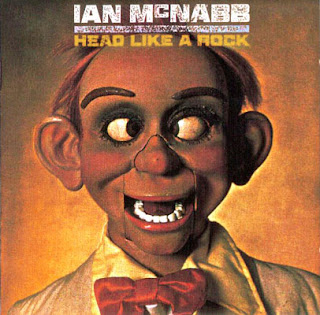 Timelessly constructed, powerfully performed and speckled with moments of rare intensity, this is an album that reminds you why you loved Those Three Chords in the first place. Having already established himself as a wordsmith to be recognised, Ian McNabb is lifted into the ranks of major songwriter and performer thanks to the assistance of Crazy Horse's rhythm section, Ralph Molina and Billy Talbot.File under "forgotten genius", safe in the knowledge that, twenty years later, people will talk about this album with wistful reverence.The record's lead-off song, "Fire Inside My Soul" is a perfect song. One of thoses songs that demand your attention from the first chord to its dying seconds as it's a tune imbued with such startling passion and power it makes you forget everything that's wrong around and about you. When Ian sings in his warm mystic voice "My father died when I was twenty, I didn't cry but it tore me up inside" you just know those aren't mere lyrics and when he gets to the chorus "I've got a head like a rock, and a fire inside my soul" it becomes the kind of song that in a concert could and should be prolonged for hours into the night, it's a driving rock song to match or surpass Neil Young's, Steve Wynn's or whoever's finest moments.A minor masterpiece!