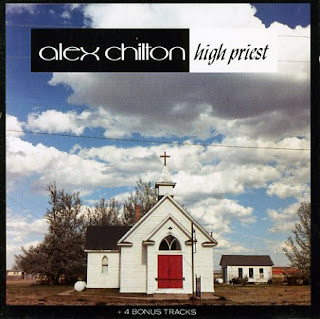 Sadly, Alex Chilton is not a household name like other less-influential names in Rock. But it's also that bit of truth that makes him a diamond in the rough and makes a person's discovery of him such a sweet experience. There are very few artists or bands that make such a strong impression on us that cause us to remember when we first heard them.To some, he's a classic hit-maker from the '60s. To others, he's a genius British-style pop musician and songwriter. To yet another audience, he's a doomed and despairing artist who spent several years battling the bottle, delivering anarchistic records and performances while thumbing his nose at all pretenses of stardom, a quirky iconoclast whose influence has spawned the likes of the Replacements and Teenage Fanclub.For a guy who grew up in and around Memphis, there isn't anything remotely Southern about Alex Chilton. Although fully aware of his surroundings and in tune spiritually with its most lunatic fringe aspects, Alex Chilton's South has more to do with genteel Southern intellectualisms than rednecks.
Around 1976, Chilton started producing a wild cross-section of solo outings for various foreign and American independent labels, all featuring his love for obscure material, barbed-wire guitar playing, howling feedback and bands who sounded barely familiar with the material. Plugging into the bohemian punk rock scene of New York City, Chilton's anarchic approach and attitude fit the scene like a glove.Suddenly rebelled against the system in 1987, he recorded Porter Wagoner`s cover "The Rubber Room" and became a "doomed artist on a collision course to Hell." Publishing first on "Dalai Lama" 1987 - double 7"/45rpm (New Rose Rec/special numbered edition: 2481) single.
Porter Wagoner song "The Rubber Room",a song about a man wrestling with the dark side of his psyche is one of the WEIRDEST songs ever released.Chilton`s version is unbelievable insane screaming acid - blues...