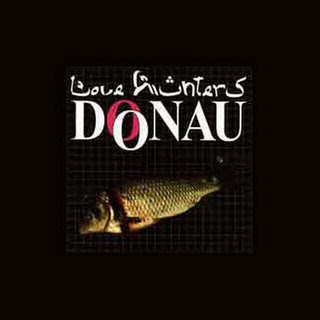 Love Hunters is a rock band from Novi Sad, Serbia, was founded in 1987 by Mumin (vocals) and Medan (solo guitar).Before Medan and Mumin formed "The Love Hunters". Medan had a band "Kamiondzije" and at the time Mumin was with the band " Ma, comerciala". Before that Mumin had also played in bands such as "Abyss" and "Ayatollah". The first line up consisted of four members: Singer Lucic who played the drums, the bass was played by Lale Malesevic, whith Medan and Mumin played the guitars.The first demo tapes and the first album (so called "zero album") was the "There no centuries". The Love Hunters made a large number of recordings between 1987 - 1991. These were finally released on our unofficial album "Total rickverzo" 1995. 1991 was a year when the band reunited in a slightly different line-up. Vladan Jovanov with the nickname Protector joined the band and many live gigs and recordings followed. First official album was titled "Everclassic" (music yuser), recorded in 1993 and because of economic crisis in the country it was in fact released in 1994. The album was only available on tape. "Oh, evolution" the second official album released by the same recording house in 1995, was again only available on tape. Finally, both of these albums were then re-released on CD "Donau" in 1996. During that same year of 1997 they have recorded in Netherlands the album "Azimuth". In November of 1998 in Studio "M", Novi Sad, Love Hunters finished filming live- unplugged album, which had been released one year later. In January of 2001 was released, a new album titled "Harley Krishna". They sing in English. They are the authors for soundtrack of the Želimir Žilnik movie "Marble Ass". Milan Mumin wrote soundtracks for 2 theatre performances- A. Strindberg's "Miss Julia" and "A Midsummer Night's Dream" by W. Shakespeare. Mumin also participated in a project called "Waver" with multi-medial artist Balint Szombaty. He also wrote a book which is a collection of songs and poems "The not no songs". Nowadays, Mumin works as a foreman for "Flat Rate" moving company in New York City.

I love you that`s my sin, nowhere you can hide,
I`m sorry they told you, everything I`m not.
And nothing you can do just let me to
Find a way out far from people.
No way out, another time, another place, love is hell!!!

And nothing you can do to let me in,
And we both die under this heaven,
Cause haven is in your room,
Black and wild, black and free, you and me!

And none of my prayers never can be realised.
My Indian profile somwere you could lost.
And even if you want to save me out,
I am lost deep in my self yet!
Cause near that bar you lost all yours,
I want go back when I was young!