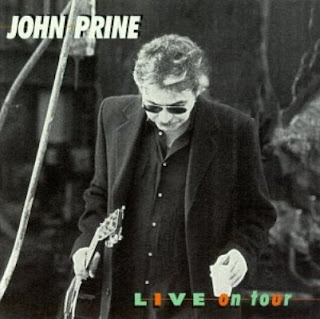 Probably the most gifted storyteller ever to pick up a guitar, Prine's vignettes constitute some of the most perceptive and heartfelt observations of the human condition I have yet come across.
I'm sure the studio recordings are fine if you listen to them first, but having listened to the energy and obvious humor in his voice in the spoken parts, the studio work now seems lacking.
Insanely great collections of insanely great music.Very rocking release with great songs and his best lyrics in years."Lake Marie" is probably the best thing Prine will ever write, which means it stands tall over 99% of everything else. A story-song that never lapses into the hokey novelty of that genre, it uses the story of how Lake Marie got its name as well as a vivid description of a grisly murder scene being watched on TV. "Lake Marie" is brilliant; just brilliant. How does he do it?