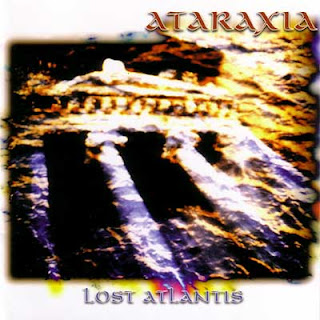 Ataraxia is a band from Italy, very much enamored with Atlantis and the idea of a magical, mythical, lost land. Light keyboard melodies and programmed drums frame the salient feature of this group. That is, the voice of Francesca Nicolli. Multi-tracked and soaring, she brings to mind arias and plainchants. Classical, acoustic guitars complete a medieval feel are ready for nostalgic narration. The cities of Atlantis, its fauna, and neighbors also figure in to this concept album. The group refers to the work as a "pagan symphony."
I still haven't heard anything like Ataraxia as they're closer to classical than rock, but at the same time they use a lot of synths and sometimes even electric guitars. And Francesca Nicoli's voice is unique, and really defines Ataraxia.