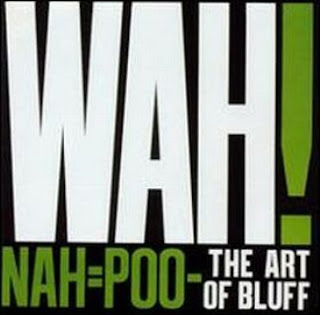 Wah! is the name common to bands formed by the Liverpool musician Pete Wylie. There have been several variations on the name but it is as simply Wah! that he has probably found most success. Wylie began by using the name Wah! Heat after his first band The Crucial Three - a legendary (some would say mythical) Liverpudlian supergroup (which included Julian Cope and Ian McCulloch) disbanded after just one month and one rehearsal. Legend has it that Mick Jones of The Clash gave Pete his first guitar after a gig and told him to form a band.Wylie first came to public attention (by which I mean the attention of half a dozen NME readers) with the single "Seven Minutes to Midnight". In those days - and, indeed, ever since - he appeared under a myriad of names, all involving the word Wah. There was The Mighty Wah!, Wah Heat, The Mighty Wah Heat, Sambeko Say Wah and, of course, Crosby, Stills and Wah. Wah was chosen, so the legend goes, because it worked in every language.
The music - a furious blend of shimmering melody, glorious Spectoresque production and complete and unfettered amateurism.The unbelievably perfect "Seven Minutes to Midnight"remains the best-known.